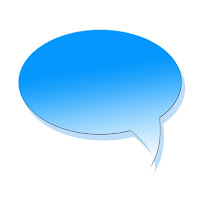 At our Santa Barbara Cosmetic Surgery Center we believe in educating our patients so they are be able to make an informed decision about their surgery options. Occasionally, this education includes teaching them the proper terminology for slang or common terms that refer to cosmetic surgery or problem areas on the body. We take any cosmetic procedure very seriously and when we speak with a patient we want to make sure that everyone is on the same page.

Here is a list of cosmetic surgery procedures and their slang or common terms associated with them:

Rhinoplasty
Slang term: Nose Job
Rhinoplasty is nasal surgery that can be done to help the appearance or breathing function of the nose. It is very often referred to as a “nose job.”

Neck Lift Surgery
Slang terms: Turkey Neck or Waddle
Skin laxity in the neck may be referred to as “turkey neck” or “waddle.” Neck Lift Surgery addresses sagging skin, muscle banding, and fat accumulation in the neck area. The goal of the surgery is to make the neck contour what it once was.

Brachioplasty
Slang terms: Bat Wings, Wings, Kimono Arms
A brachioplasty procedure addresses excess skin in the upper arm area that is referred to as a “bat wing”, “wing”, or “kimono arm”. Liposuction and, if necessary, skin removal can re-shape the arm’s appearance.

If you would like to schedule an appointment to talk about any of the cosmetic procedures named above, contact our Santa Barbara cosmetic surgery office at (805) 563-0000.