Neck Lift cosmetic surgery in Santa Barbara is most commonly known for getting rid of the double chin or the “wobble” in the neck area but you would be surprised at how much it can truly change an appearance. Before we discuss the results, let’s look at why Neck Lift surgery may be needed in the first place.

Aging Neck
Neck skin is delicate – more so than facial skin – and is exposed to the same elements as the face but often times it is neglected. I always like to remind people that their skin care routine should not stop at the jawline. I recommend cleansing, moisturizing, and (most importantly) using sun screen on the neck area. Due to the delicate skin (and possibly lack of sunscreen in that area), the neck may age prematurely causing the skin to become loose and crepe-y. The “double chin” may be due to a number of causes including genetics, weight gain, weight loss after weight gain, loss of muscle tone, and, of course, aging.

Neck Lift Surgery
The patients I see at Cosmetic Surgery Center in Santa Barbara are interested in Neck Lift surgery because they feel that their neck looks “old”. We can restore their neckline to what it once was by tying muscles to create a “sling effect” for better support and adding a suspension suture to give more long-lasting support to the neck. Incisions are hidden behind the ears and a small one under the chin.

Results of Neck Lift Surgery
Neck Lift surgery can get rid of the double chin and re-contour the face. With the “heaviness” gone from the neck and jawline, many of my patients report that their updated appearance not only makes them look younger but also makes them look like they have lost weight! 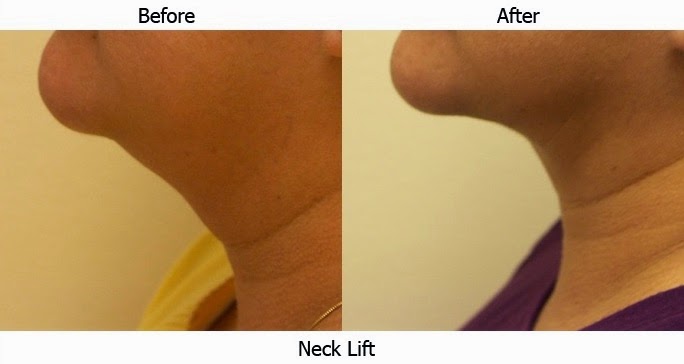 I perform cosmetic surgeries that give a natural, rested, “non-operated” look. If you are interested in Neck Lift surgery in Santa Barbara call my office – Cosmetic Surgery Center – at 805-563-0000 to schedule a consultation appointment.